The Lyman name is reborn, with a new purpose, after a storied history dating back to 1875 on the shores of Lake Erie.

Once home to the Lyman Brothers Boat Builder company, this was the boat factory which produced the “premier vessel of Lake Erie”; the Lyman boat. The Lyman brothers, Bernard and Herman, established their boat yard in 1875, in the Cleveland area.

In the late 1920s the Lyman brothers decided to rename their company and move. The factory was renamed Lyman Boat Works and moved to the current Sandusky location on First Street. Early production centered around small sailing and rowing skiffs. By the early 20th Century the company was building custom sail and power boats in all sizes.

World War I forced the company to be moved off the waterfront in 1916 and away from the water. The Lyman brothers reverted to building small skiffs. The idea was to promote a quality craft that was affordable to more than just the wealthy.

During the Second World War, Lyman focused its resources on wartime production. Lyman Boat Works produced several different military craft including pontoons to be used to support floating bridges. Following WWII, from 1952 to the early 1960s, proved to be the most prosperous for Lyman Boat Works. However, as new materials became popular, the market for wooden boats evaporated. By mid-1973 the production line fell silent. There were several attempts by the owners to revive the company, but after more than 60,000 boats and nearly 100 years, new Lyman Boats were no longer available.

Lyman Boat Works was the creator of the now-famous “Clinker Built” lapstrake hull construction, in which the edges of the hull planks overlap. They are still seen on the waters of Lake Erie. Lyman boats have a little something in common with Elvis, John Wayne and Janis Joplin. All four legends have been gone since the 1970s, but are still revered by fans young and old around the world.

While there haven’t been any sightings of the Lyman brothers, their boats live on. There are a number of active Lyman Boat Owners Associations around the country, and Lyman Boats in nearby museums, including the Maritime Museum of Sandusky (www.sanduskymaritime.org).

The Lyman vessel has long been known as a heritage and work of art for quality craftsmanship. Designed specifically for Lake Erie and its infamous rugged chop, Bernard Lyman designed and built the most famous clinker built boat of all time. Impassioned Lyman boat owners regard this location as coming home.

The Lyman name carries a legacy of quality and ingenuity. We have continued that tradition by providing a venue which is second to none, and truly a gem on the shores of Lake Erie. Many of the present day structures at Lyman Harbor were retrofitted using the original boat factory structures in order to maintain the atmosphere and historical significance of the Lyman Boat Works.

In building the current wedding and conference center, pub and marina, we decided to keep the Lyman name. Lyman Harbor has served as the venue for hundreds of marriages, corporate events, parties, meetings and trade shows since 2002, when it reopened under current ownership. Owned and operated by a local Sandusky resident and her husband, it is hoped we keep the community vibrant by creating jobs for the community.

Our hopes and goals are simple. We want a premier venue, where families and businesses can meet and celebrate, while keeping the Lyman name relevant and alive. Why, because Sandusky and the surrounding areas deserve it. Simple as that. 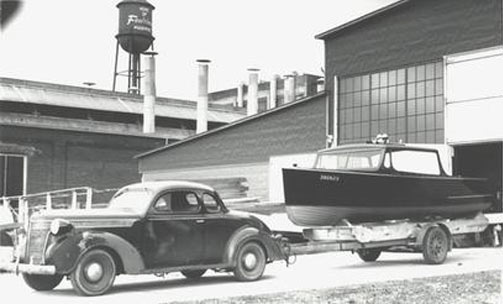 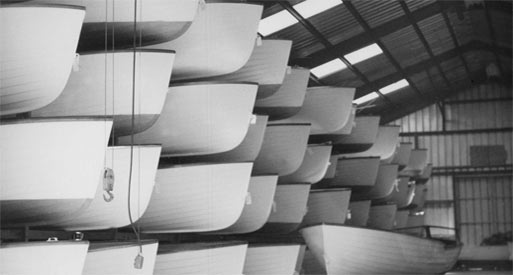